Out with the old - and in with the new wedding laws

The Law Commission of England and Wales has today outlined recommendations to reform weddings law that gives couples more choice over where and how their wedding takes place. This will be music to the ears of many couples who are currently restricted by many of the outdated regulations. The main law which governs marriage is from 1836 and it seems madness that modern couples are still having to adhere to these policies that do not reflect their beliefs or blended unions.

Needless regulation prevents many couples from marrying in a place that is meaningful to them, or having a ceremony reflecting their own wishes such as tying the knot on the beach, or in a woodland or on a mountain top – if that's what you really want! Many of the changes would bring England and Wales in line with laws in other places including those nearby in Scotland, Northern Ireland, Ireland, and Jersey, and further afield such as in New Zealand, Canada and Australia.

The Commission recommends a new system that would focus regulation on the marriage officiant responsible for the ceremony, rather than on the building where the wedding can take place.This reform would open up a wide range of locations for couples to get married. Permitted venues would include gardens, beaches, forests, parks, village halls and cruise ships.

This follows increasing public demand for new types of simpler, more affordable and personal options, particularly as household finances come under pressure and the "Covid backlog" of weddings persists.

The changes would also allow for more personalised content, such as the vows, rituals and songs chosen. The recommendations would ensure fairer treatment for all beliefs, removing the anomalies of the current system, where different religions are bound by a multitude of different rules. This includes creating a path to legalising non-religious belief ceremonies, such as Humanist weddings, in England and Wales, if permitted by Government.

The reforms would also allow the option for civil weddings to be conducted by independent officiants, as well as registrars, if accepted by Government – further expanding choice and availability.

While offering greater freedoms to couples, the reforms are designed to preserve the dignity of weddings, to retain important safeguards, and to protect the longstanding practices and rules of religious groups.

Still looking for a Wedding Planner? 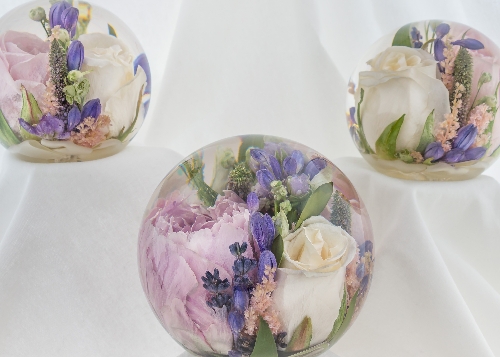 Whether you're future-gazing about your dream proposal or just like keeping up to date with the latest styles, Lorna...

Bristol's directory of independent shopping locations has relaunched this year,...

Couples planning stag and hen festivities this year may need to think again as...

Steeped in history, The Bishop's Palace and Gardens sits at the heart...

So when you decide to look for local suppliers, wedding retailers and service providers for your special day, our magazines can really help you plan your wedding.

We also have regular exciting wedding competitions and free giveaways, expert question & answer pages and lots more. Quite simply, all the information you will ever need to get married in your area.

We have 19 wedding titles covering counties and regions throughout most of England and Wales. Your Bristol and Somerset Wedding is available to download for free as a high quality eMagazine. Regional wedding magazines covering other areas are available here.